In the previous article, UPC UBEE EVW3226 WPA2 Password Reverse Engineering, we analyzed UPC UBEE router and found serious flaws in generating a default password for the WiFi. People using the default password were in potential danger, attackers could tamper with the router or their LAN.

A part of the article was also Wardriving in Brno, Czech Republic. We discovered there were vulnerable routers out there. After 8 months we found it interesting to repeat the wardriving experiment in a different city to see whether the pattern changed.

We carried out only the passive Wardriving with 2 measurement devices on board of the car. The cruise speed was kept low, around 10 kmph in dense residential urban areas of Bratislava (mainly Petrzalka) in the middle of the night. At some more interesting places we stayed for a longer time.

Then for a random sample verification we passively captured WPA2 handshake for 20 WPA2 protected networks and performed the password check - for UBEE it matched in 100% cases.

The fun thing about 2 guys in the car going 10 kmph in the middle of the night in the dark streets is that you either look as a drug dealer or looking for one. At one dark street two weird hooded guys started approaching us, maybe thinking one of the two above so we decided to move to another place. We did not encounter any police car whatsoever during the experiment. 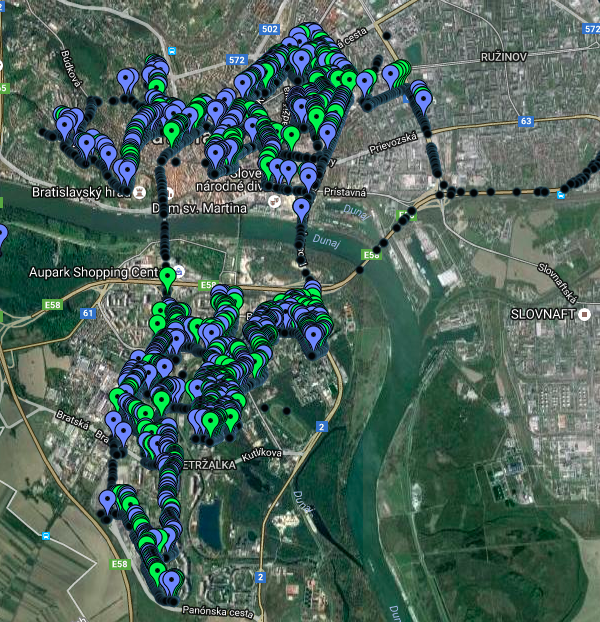 Below are the results from the Wardriving experiment, combining both data sets - Wiggle and Kismet.

For the comparison we state the similar table from the previous wardriving in Brno:

The Technicolor vulnerable data count is based on the known MAC addresses of the router that we detected to respond to the Blasty attack.

Interestingly the amount of UBEE routers with changed password is about the same 18%. This may represent sample of users changing the default settings more globally. This pattern moreover holds also in the Wifileaks analysis from the previous article. The ratio of people leaving the router in default settings is disturbingly high.

Technicolor routers ratio dramatically dropped in Bratislava compared to Brno (48.54 % to 16.33 %). UBEE routers also had a slight drop (19.96 % to 15.45 %) but we have to conclude that 8 months after reporting vulnerabilities to UPC the situation does not look much different…

UPC drafted a solution with captive portal making users change their default passwords. Apparently this feature was not present in the UBEE firmware update which was rolled out in 20.9.2016. My own router has a new firmware with version EVW3226_2.07b, in the time of writing the first article it was EVW3226_1.0.20. It would be interesting to test how many vulnerabilities were fixed…

Another new interesting observation is a new router type detected in the data. It is Compal CH7465LG also called a Mercury modem by UPC. The typical SSID matches the regex pattern ^UPC[0-9A-F]{7}, it contains also hex digits. The example password (from the linked user manual is): x*Hz6mh4ppdcx which looks quite complicated. But if the same pattern is followed the brute-force search space can be reduced.

The router was extensively analysed by other researchers, here is the 100 pages long Compal CH7465LG evaluation report. They found 35 vulnerabilities in this router (11 found in UBEE). So it looks much worse in many aspects compared to UBEE. Allegedly the password generation routine is implemented in a secure way. We would like to verify this so if somebody has firmware dumps or the hardware itself we are interested in buying the piece for analysis. Let us know at [email protected]. 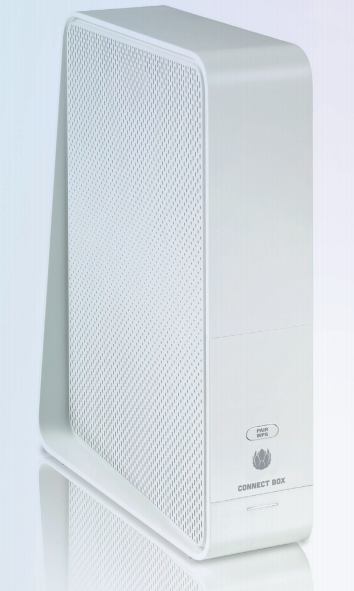 To conclude the dataset results it seems that UPC decided not to deal with UBEE and Technicolor vulnerabilities in any direct manner. It is maybe much easier and economical to let those routers go out of the market by making users upgrade to new Compal routers.

On a side note: after I searched this router a bit when analysing wardriving results I started seeing adds like this:

Yep, that’s the router I am talking about. UPC is asking me to upgrade to mega-strong UPC WiFi router (security swiss cheese).

Due to popular demand, here are some photos from the wardriving action. We rode streets of Bratislava in the evening and early morning hours and went to bunch of interesting places and “landmarks” such as Grassalkovich Palace (seat of Slovak president), UPC headquarters and Bonaparte complex (infamous residence of Slovak prime minister). It seems that neither our president or prime minister is using UPC UBEE router, luckily for them. 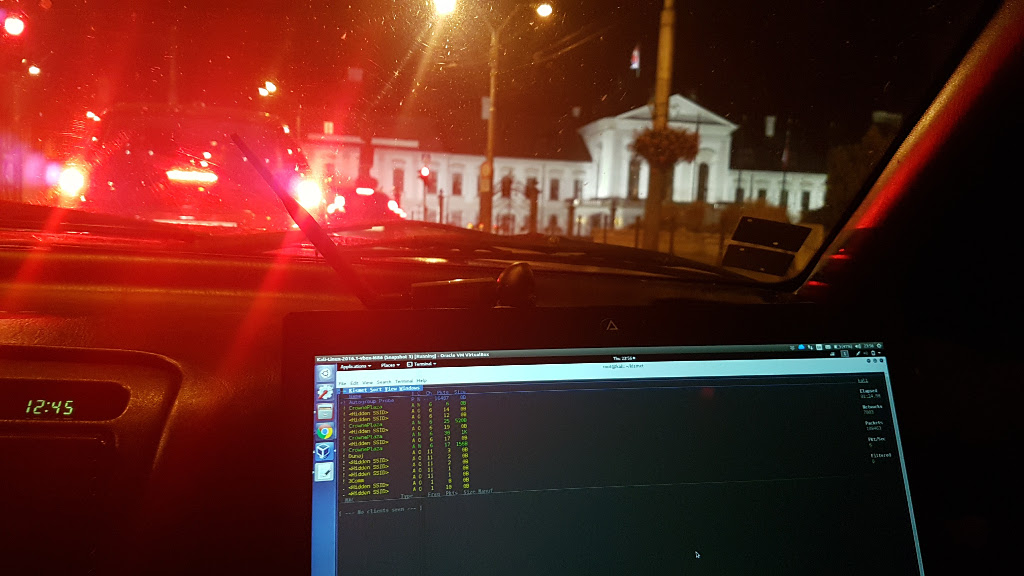 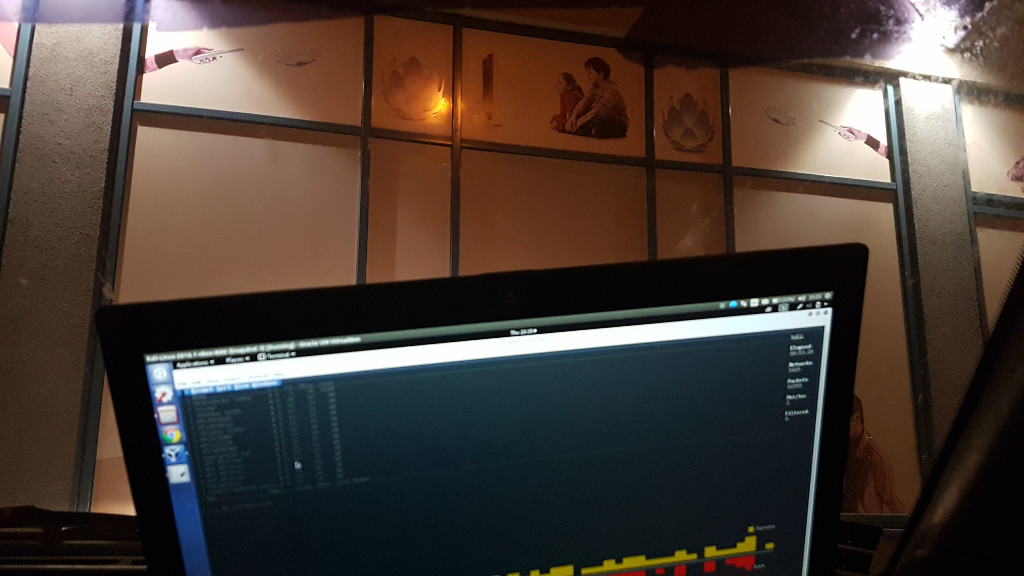 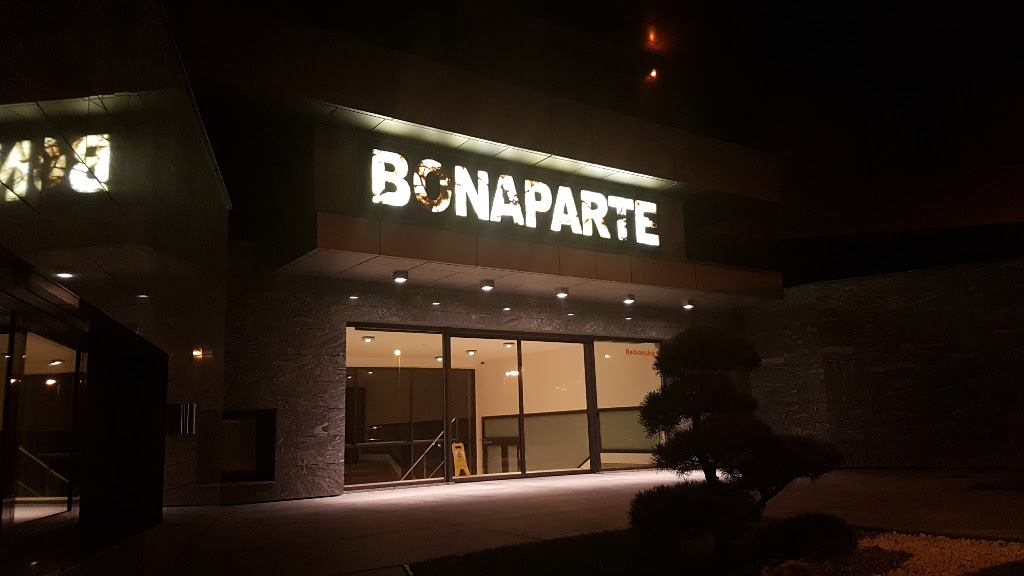